That sense which is realistically futuristic, mind-blowing and eye-freezing is only given by BMW, this time by their Vision Future Luxury concept. Unveiled in Beijing Auto Show 2014, the hell gorgeous design scheme of carbon fiber and aluminum rendering, BMW promises even better fuel efficiency by reducing drags. The newly featured laser headlights will make their debut at 2015 i8 Sports Cars arena. Something like sci-fi fantasy domains, this elegant sedan is a big ‘Smartphone’ from the inside. A process named “subtractive modeling” is used for the interior construction.

The rear portion employs a luxury entertainment suite and the floor is posh with wood and silk carpeting. Rear Seats have a special Touch Command Tablet to control the secondary functions such as displaying all info of the driver interface, and media streaming. The driver interface is equipped with multiple infotainment displays that include BMW specific ConnectedDrive concierge, a series of heads up for cameras, speed limits and traffic warnings etc.

This Vision Future Luxury is planned to be only a concept for now, yet the honed aerodynamic technology and intelligent lightweight engineering would possibly be incorporated in 7 Series. We weirdly believe it can also be the first look at the next 9 Series flagship, however, BMW avoids any suggestive language as per the official press release. [VIA] 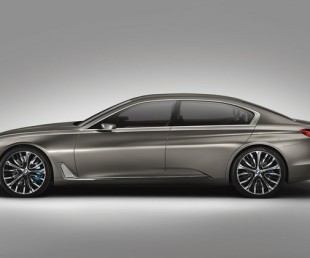 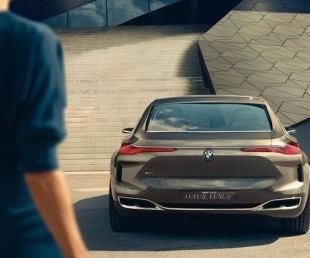 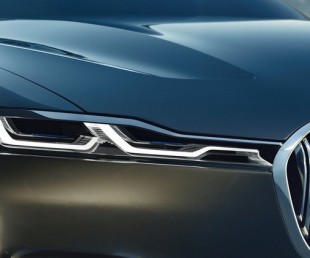 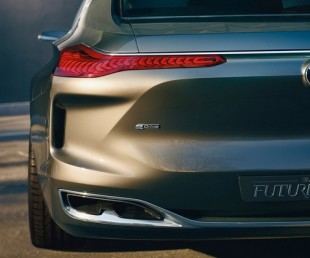 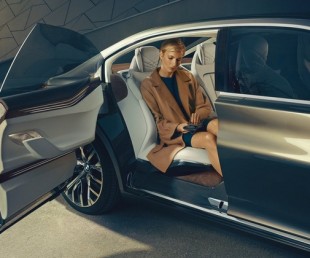 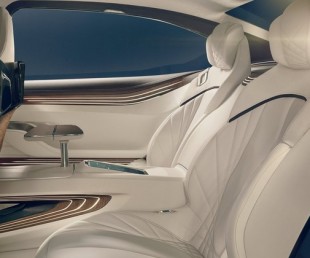 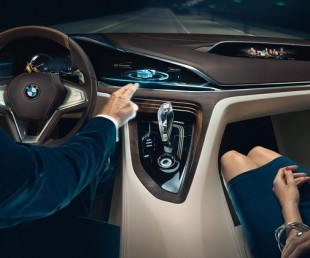 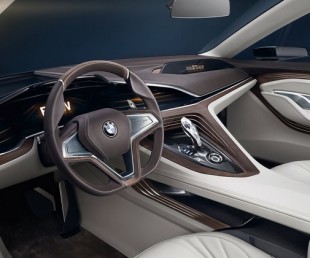 BMW has just unveiled the latest offensive in its apparent campaign to offer every kind of luxury vehicle on the...