Design Legend Peter Zec on Cars, Creativity, and the One Piece He Can't Live Without

Professor Dr. Peter Zec is the founder and CEO of Red Dot, an internationally recognised organisation which organises one of the most prestigious awards in the world of creativity. He has been working in the industry for over 20 years, as a design consultant for numerous international companies, and has held the role of President at the Design Zentrum Nordrhein Westfalen since 1991. He also lectures around the world, and has published a number of books. Seeing as we’re huge fans of the Red Dot Award, it was a privilege to be able to ask Prof. Dr. Zec a few questions…

1. You come across exciting new design on a daily basis, but what’s the one design item you have in your own home and really love?
Definitely my chaise lounge by Le Corbusier and my desk lamp “Tizio” by Artemide. In particular, the furniture is very important to me. It is a design classic; I bought it from my first earned money.

2. How has the perception of design changed during the time you’ve been working in the industry?
25 years ago, industrial design was mostly based on engineering. Nowadays, design has become a lifestyle. The increasing number of entries to the Red Dot Award proves the importance of design. In addition, long-term observations emphasise that companies that invest in well-designed products often achieve above-average profit and have a clear advantage compared to their competitors.

3. While great design can be found all over the world, traditionally some countries are more associated with design than others. Where, in your opinion, has the best design come from recent years? Asia has become the most important centre of product manufacturing. But Germany is still the leading exporting nation with regard to high-priced products. I attribute this fact to design from Germany, which is exceptionally good and goes hand in hand with excellent quality. It is no coincidence that, for example, China is strongly focused on German design.

4. Red Dot is a huge name in the world of design – what makes it different from other awards?
The jury makes the difference: The centrepiece of the competition comprises independent designers, professors and specialist journalists. One of our strict rules to avoid conflicts of interest is that we do not allow any designer into our jury who is employed in the industry. But concerning the world-wide acceptance of a design seal, size matters, too: In Red Dot’s 60th anniversary year, the experts discussed 4,928 entries from 56 nations live and on-site.

5. What makes a Red Dot winner?
A Red Dot Winner is someone who faces bravely, and in the end successfully, a tough competition: It is an excellent designer who convinced the independent jury with an outstanding product. The Red Dot jury assesses the submissions by taking certain criteria into account such as functionality, formal quality, durability and ecological compatibility.

6. Is there one Red Dot winner that you’ll always remember? Which one, and why?
In 1994, I informed Bruno Sacco, chief designer at Mercedes at the time, that his crew was awarded Red Dot: Design Team of the Year. He was highly excited and promised to attend our Red Dot Gala in Essen, Germany with the whole team, which was huge. He kept his promise and created a tradition: the honouring of the Design Team of the Year is always the absolute high point of the Red Dot Gala. That’s why I am indebted to him. I am also very proud that he paid so much attention on the early stages of the Red Dot Award, more than 20 years ago.

7. Feel Desain is based in Italy – how do you think Italian design has shaped the history of design?
In the past, the Italian furniture and automobile industry influenced the whole design world. Michele De Lucchi and Pininfarina were both awarded Red Dot: Design Team of the Year in 1997 and 2004. But Italian Design has to turn around a certain lack of relevance nowadays. One reason is that Italian design is heavily influenced by arts and crafts. In contrast, German design is determined by its use. This is one reason why at present, Germany is more successful in the field of design than Italy. However, Ferrari for instance still produces magnificent cars!

8. What is creativity for you?
I can answer the question with a quote from the artist Francis Picabia: “Our heads are round so our thoughts can change direction.”

Lastly, do you have a message Feel Desain readers? The readers of Feel Desain should demand that the magazine is informative, comprehensible, friendly and inspiring. 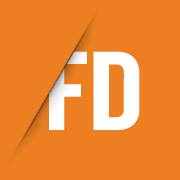 Feel Desain is an online magazine based in Italy, covering everything design-related, from architecture to fashion and everything in between.

Outside of North America, soccer players are seen as some of the world’s most influential people and tastemakers.  Many of...