Style blogger Isaac Hindin-Miller gives us a play-by-play recap of the spring 2016 menswear shows at Milan Fashion Week...plus, the one item he can't wait to wear next summer. 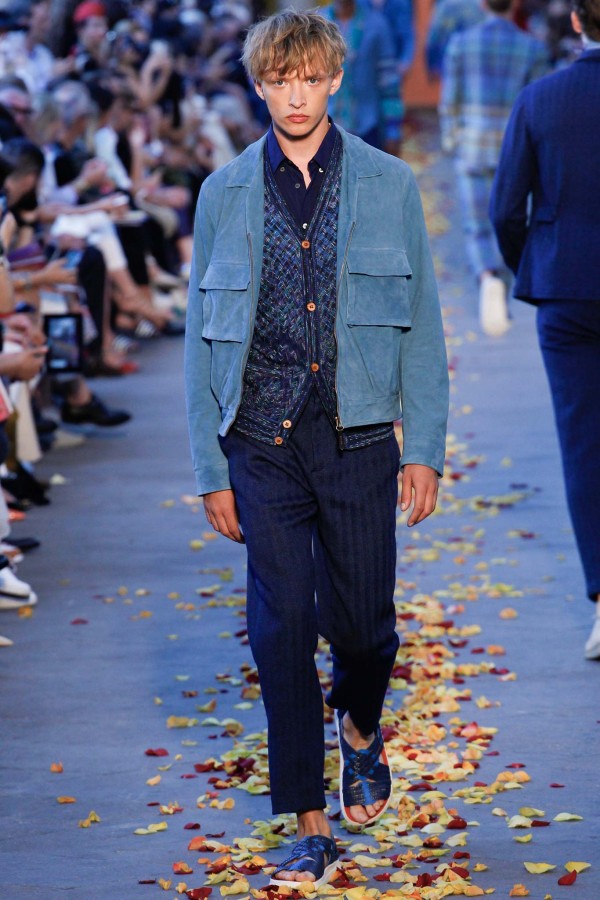 Missoni is fast becoming a favourite stop at Milan Fashion Week because where else on the planet can you find textures and colours and patterns and shapes made up in such perfectly proportioned menswear? Nowhere, that’s where. What you can’t see from the photos is that the back of that suede jacket is knitted cotton — sick — and if that’s too outré for your tastes, they offered a simpler four-pocket utility jacket in a rich blue cotton/linen. Something for everybody! 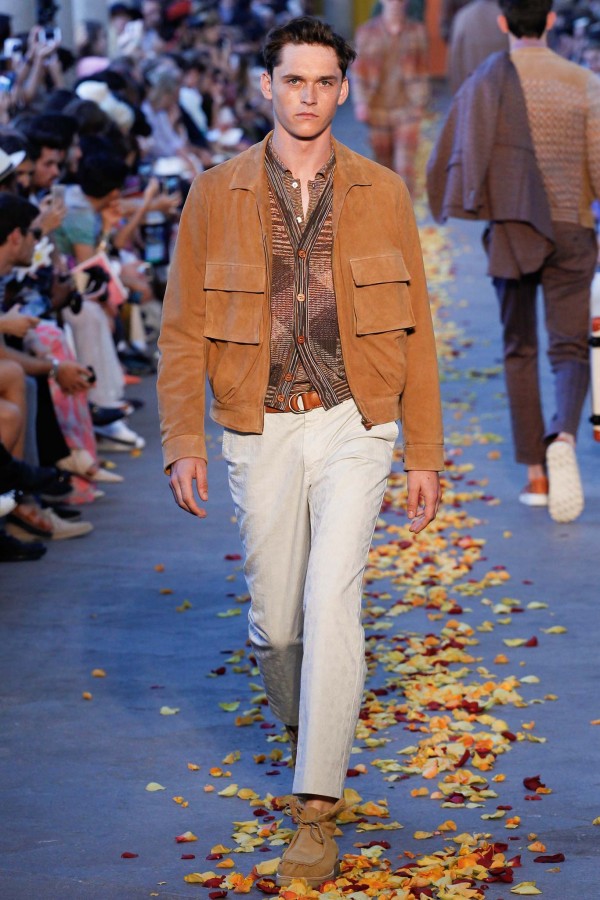 Plus, take a look at those shoes: Missoni’s take on a Wallabee. Sold. 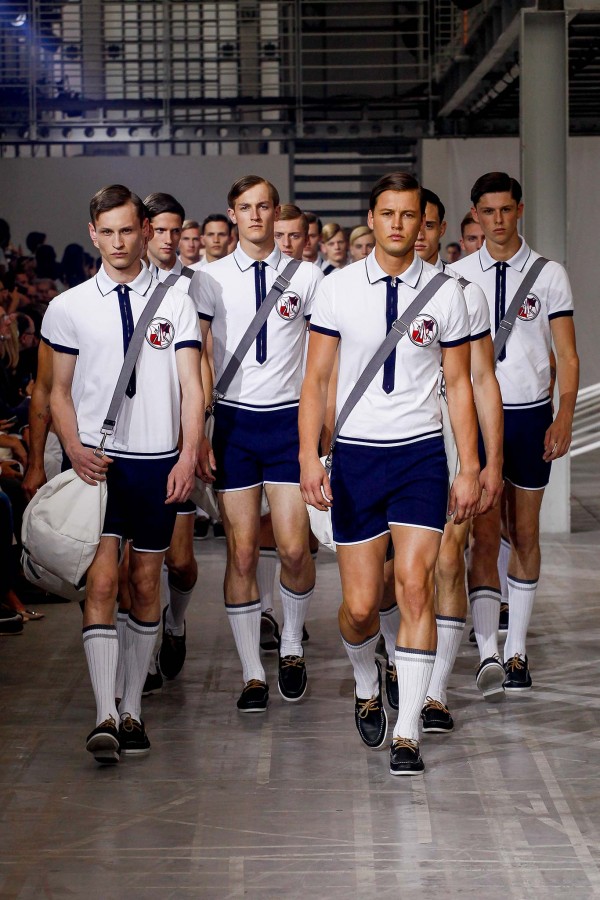 Whatever you think of Thom Browne’s work, you cannot argue with these two facts: The man is a master showman; and he’s most likely responsible for your rolled/cuffed/shortened pants, whether you know it or not. Last night’s Moncler Gamme Bleu collection was centered around rowing teams (or cox-men — an expression I’ve been using liberally), about to embark on an Oxbridge or Ivy League race. 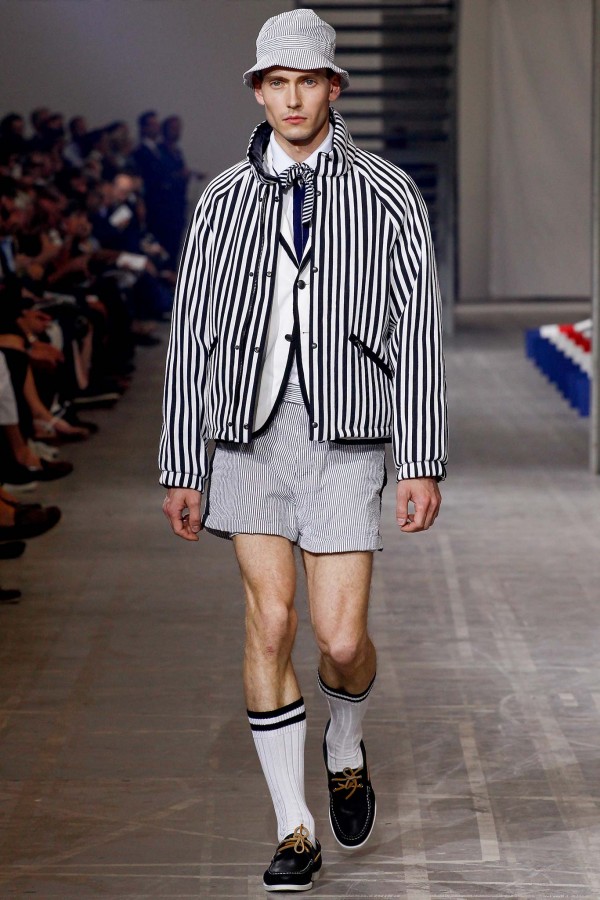 It manifested itself in real live crew boats on the runway, four teams of boys cheering each other on before, during and after their catwalk-walks, and a ton of seersucker, buckets hats, boat shoes, and striped socks, plus all the typical Thom Browne shrunken jackets and heavily cuffed pants. Go team. 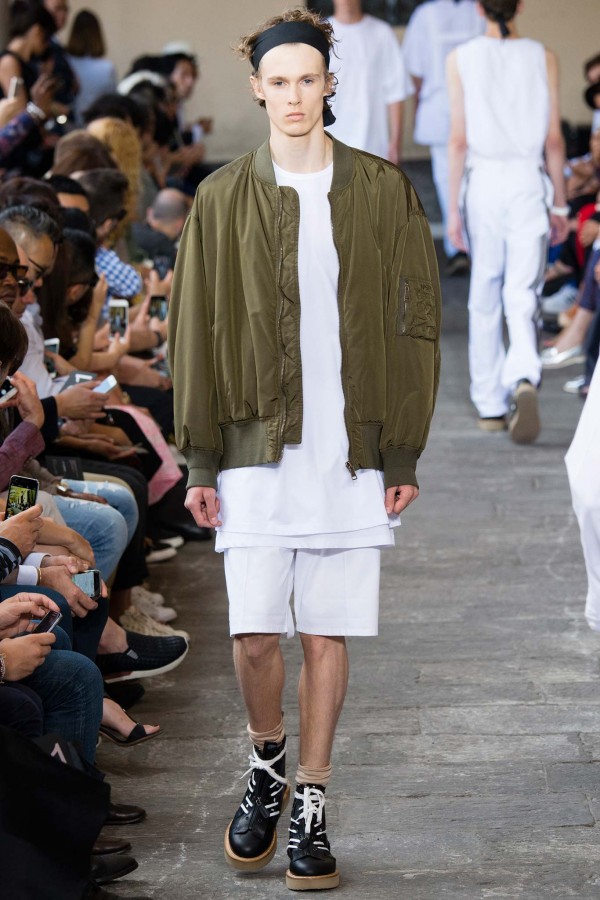 This was my third No.21 show, my favourite to date, and it opened me up to the idea of a layered T-shirt and baggy shorts situation that I’m definitely going to be trying out next summer. 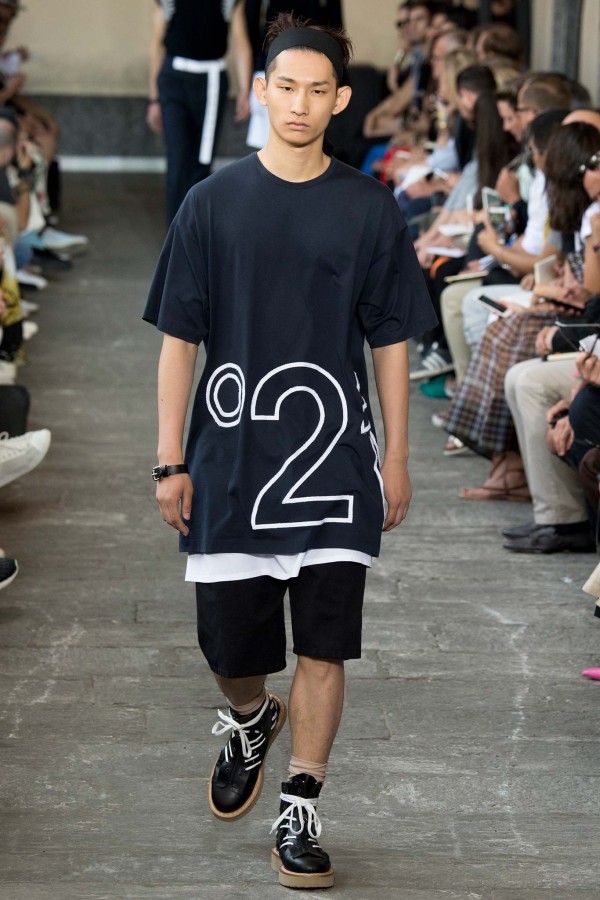 As far as I can tell, the key is that the shorts are wide-legged, but sit right on the knee. Any longer and they’d be venturing into bad early 90s gangsta territory, any shorter and it’d be boys in culottes. Don’t knock it, who knows what we’ll be a wearing in S/S18. 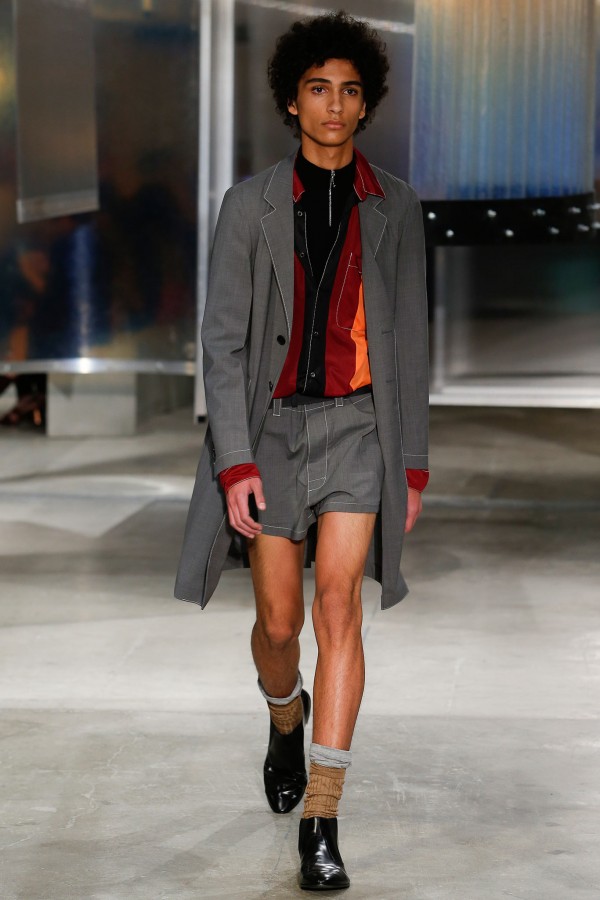 Prada shows often take me a while to get round to the idea of what they’re proposing aesthetically. Yesterday’s collection wasn’t such a stretch, but there were moments when I wished that the styling could have been pared back to a point where it was easier to imagine how a guy might wear this stuff on the street. Obviously that right there is the difference between a runway show and in-store merchandising, but I found myself getting distracted by the multi-layered front tucks and proliferation of sleeves popping out of jacket arms, etc etc. 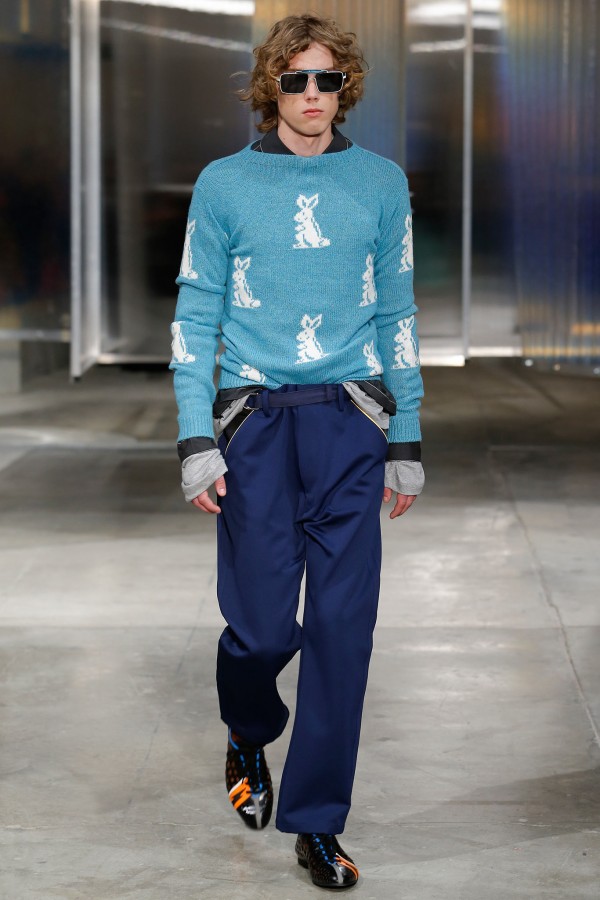 Pull it all apart though, and there are some extremely covetable items: Those white topstitched jackets and pants, the intarsia-knit bunny and racing car sweaters, and the colour-blocked shirts will no doubt fly off the shelves. 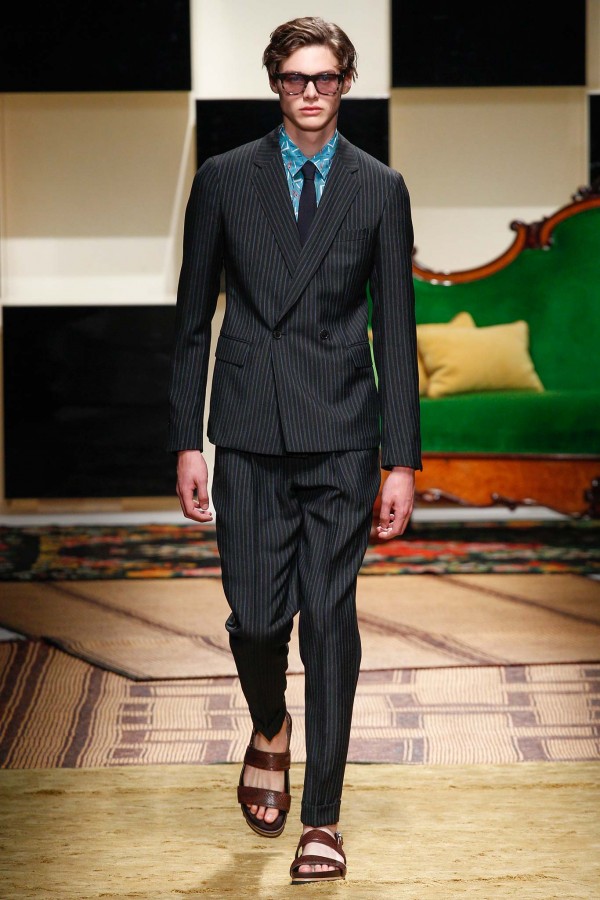 Salvatore Ferragamo had some similar stripe and colour stories, but the brand definitely subscribed to more of a less is more philosophy. I love the idea of a cleanly tailored pinstripe DB suit with a patterned shirt… 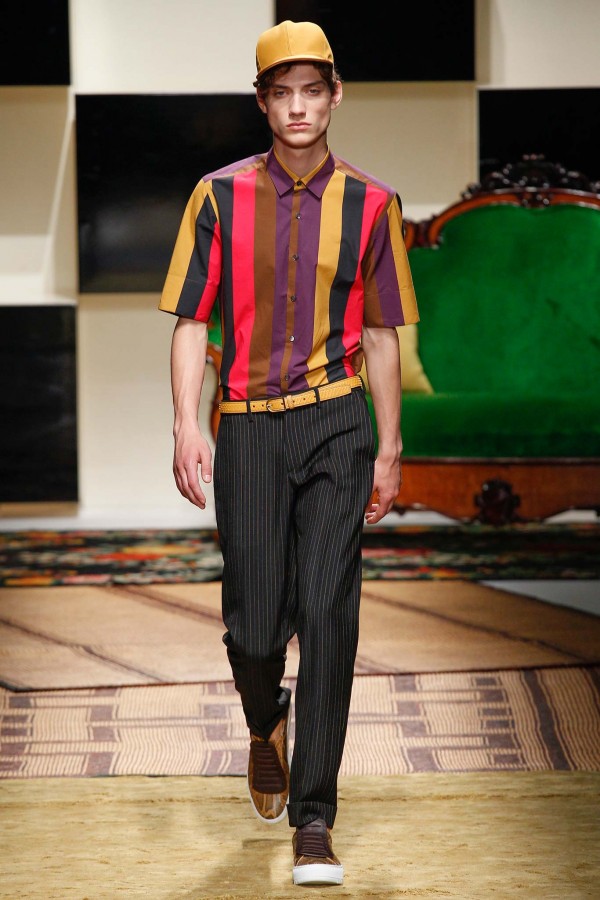 And if you look closely, the bold stripes of that shirt are mirrored in the pinstripe pants, just on a much smaller scale. That kind of subtle detailing is exactly what I love about men’s fashion. 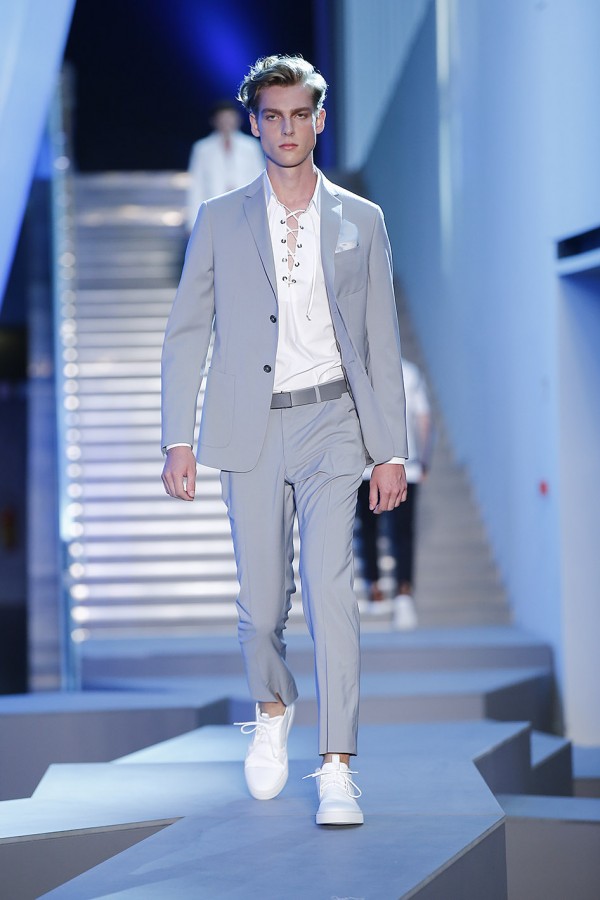 Z Zegna, on the other hand, was completely pared back minimalism, focussing on tech fabrics and simple shapes in uniform white, blue, black and red. 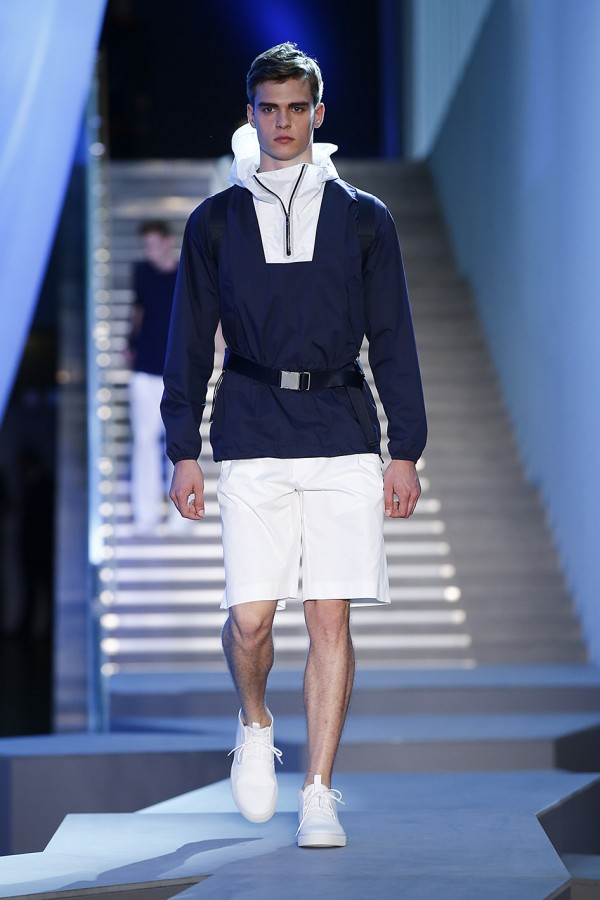 The standout piece for me was this blue and white anorak. Come next summer, it will be mine.

The post #2610 My Picks From Milan, Day 2 appeared first on Isaac Likes.

As you may have heard by now, Thom Browne is mixing things up. Whether in the spirit of conformity or...