Style blogger Isaac Hindin-Miller shares his take on the best runway looks at Milan Fashion Week for spring 2016, from Ermenegildo Zegna to Versace. 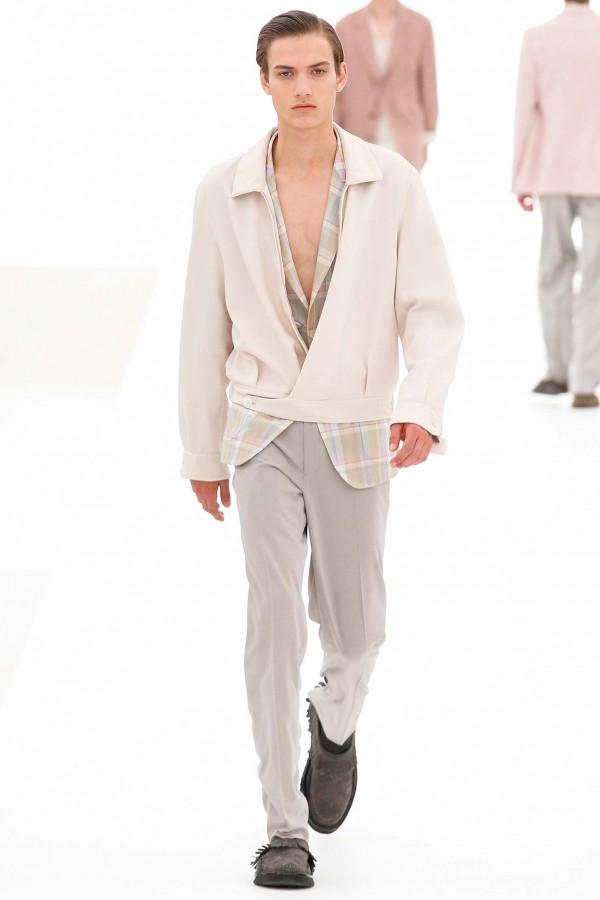 Ever since Stefano Pilati came on board at Ermenegildo Zegna and moved the show venue away from the company headquarters on Via Savona over to a building on the exact opposite side of the city from my hotel, I never fail to arrive insanely late and run in the door huffing and puffing and drenched in sweat just as the lights are coming up and the first model is walking out on the runway. But it’s well worth the sprint: Pilati does what few menswear designers even attempt, and delivers a kind of soft-yet-complex elegance each season. 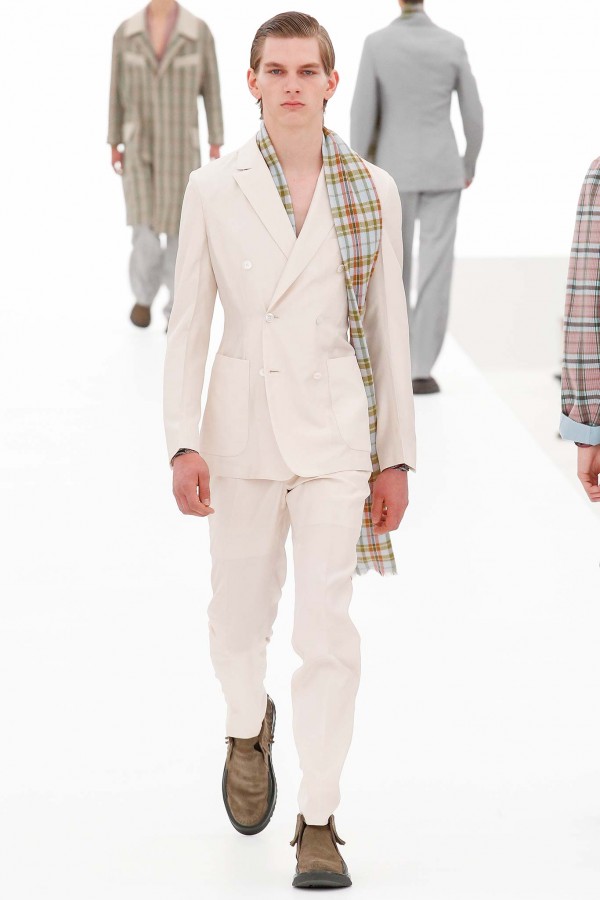 The clothing is undeniably beautiful and exquisitely made, but it’s often his styling that makes me sit up and take most notice. Today’s takeaways included: Colour blocking with a white or greige suit against a soft pastel madras check; layering a casual jacket over a suit jacket; and those insanely cool bomber jackets which hung open but for a button fastened at the waist. 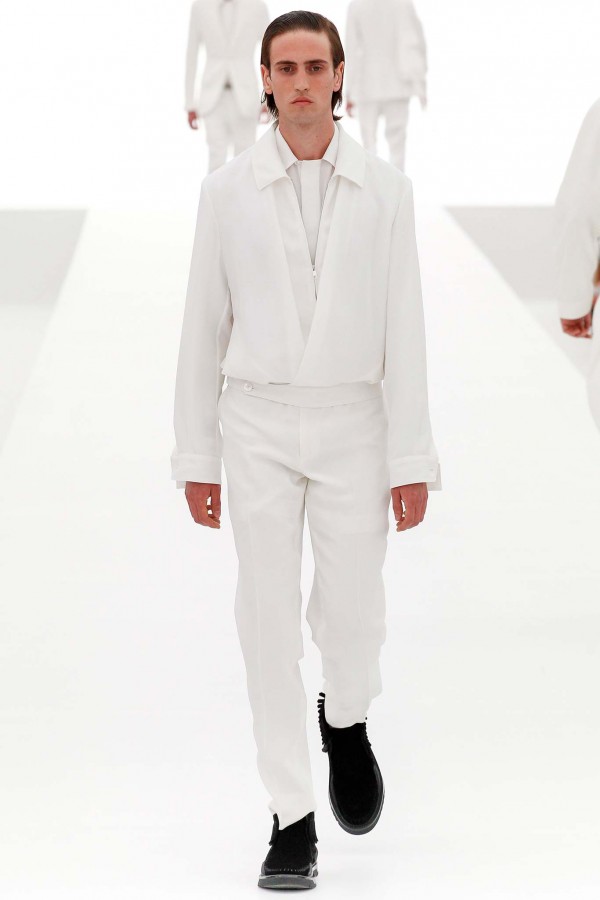 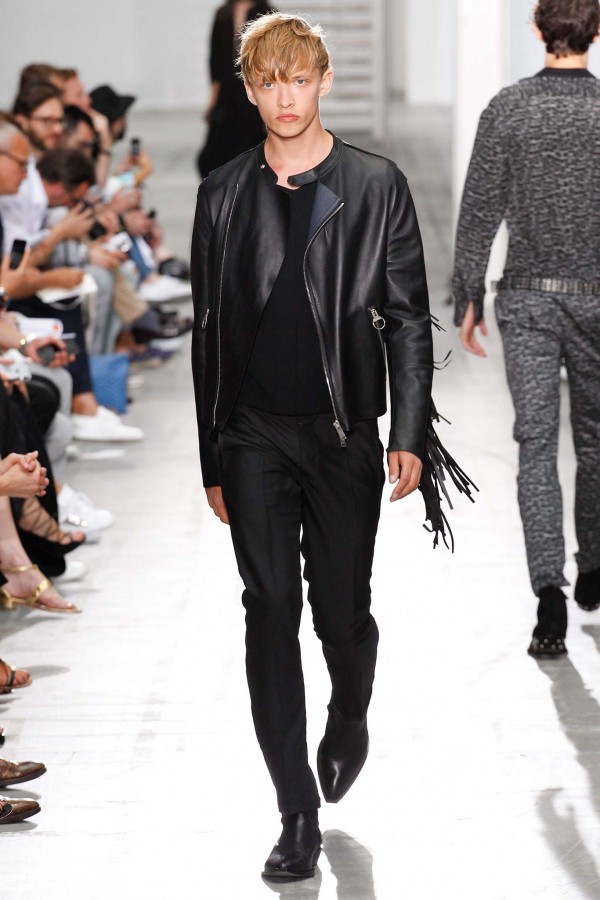 Ennio Capasa’s collections at Costume National are consistent for their heady mixture of leather, sharp tailoring and rock’n’roll. 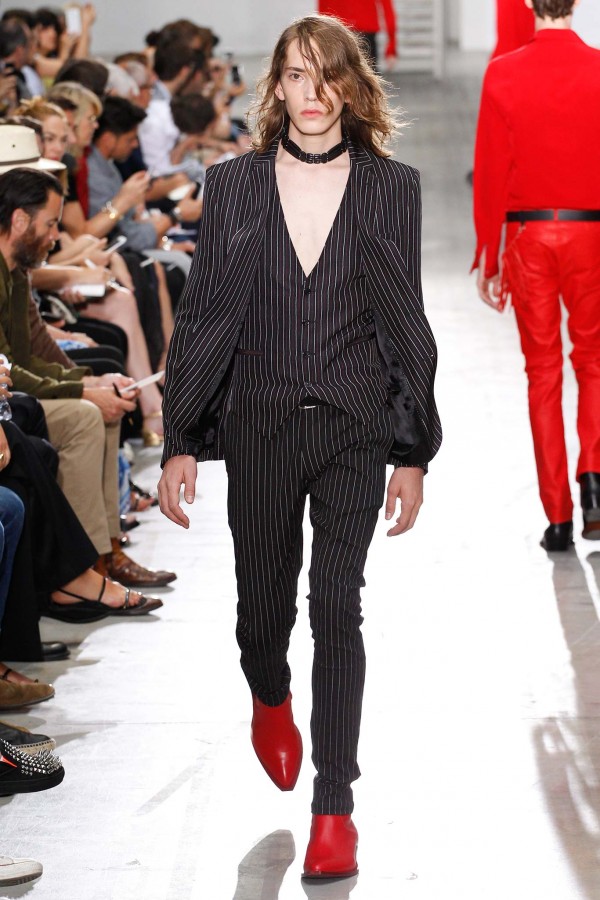 You know when you throw on a three piece pinstripe suit with no shirt and a pair of red pointy-toed chelsea boots that you’re making an extremely strong style move. I imagine Keith Richards would have worn something similar in the early 60s. Probably worked for him, might for you too if you’ve got some serious cahones knocking around in those skinny little suit pants. 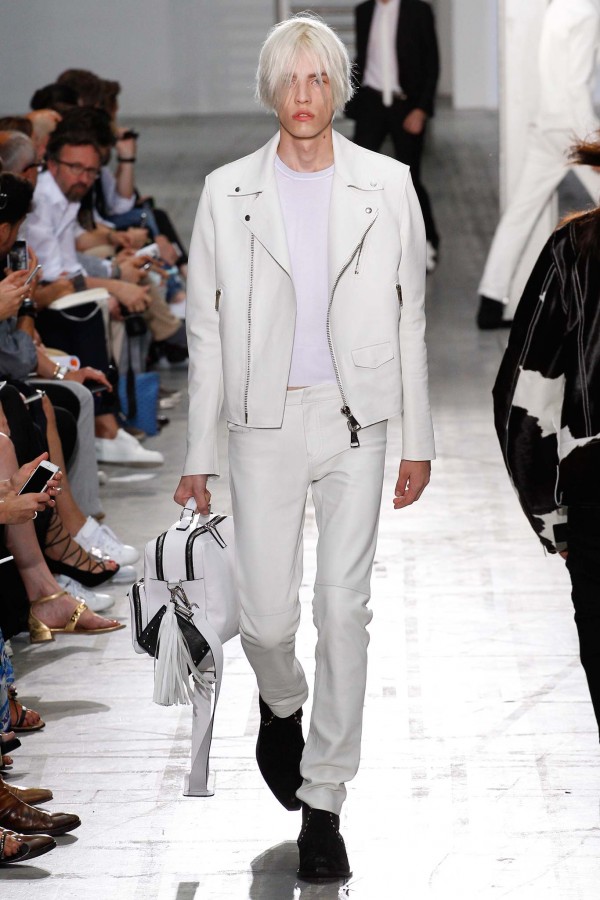 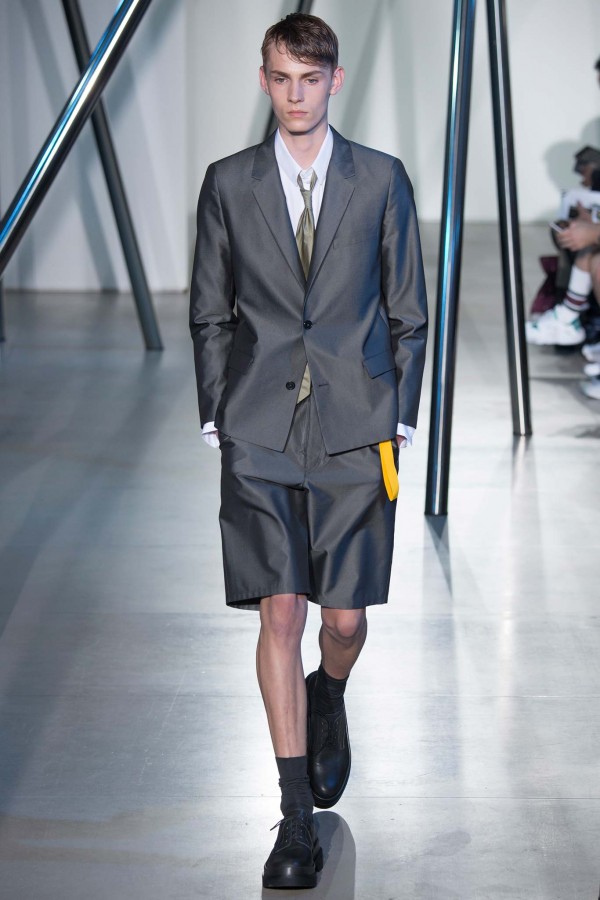 Jil Sander’s creative director Rodolfo Paglialunga is still fairly new to the role, and when he started the press were informed that his work would be, “An evolution, not a revolution” of the house. I could see elements of what Raf Simons did at the label with looks like the one above; those boxy jackets, skinny ties all undone and disheveled, and oversized black leather lace-ups seemed familiar, and looked like a cool way to rock a summer suit. My inner schoolboy was keen to give it a go, but whether I can handle leather shorts remains to be seen. You never know till you try it. 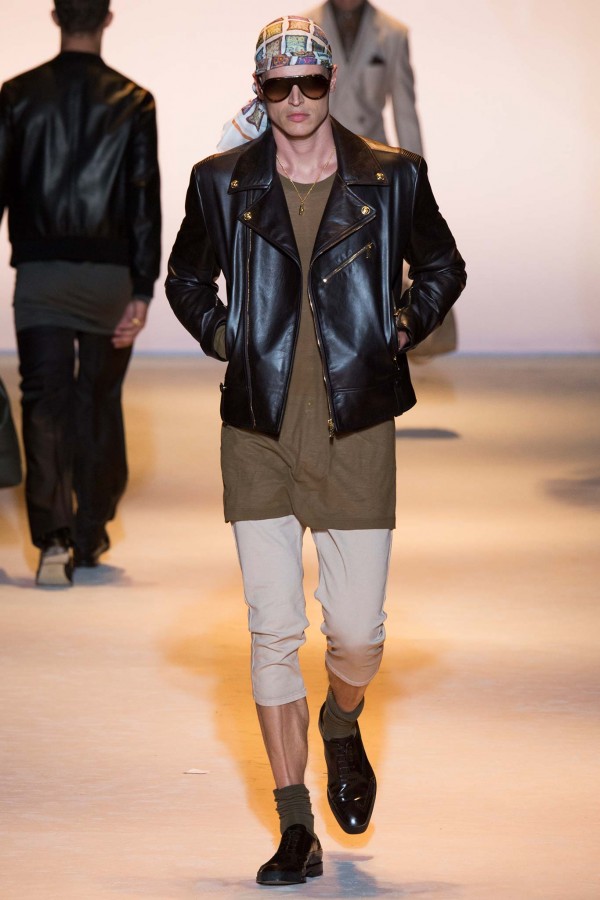 The post #2608 My Picks From Milan, Day 1 appeared first on Isaac Likes.